❝ ❝ Essentially you are trying to show that the medicine doesn’t perform better than placebo (assuming the study is double-blind).

❝ But I have to confess that I'm a little bit confused. 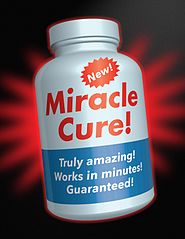 Oh dear! Depending on the drug, the disease, and the setting (administration at home or by an affectionate and trustworthy ‘God’ with horn-rimmed glasses wearing a white coat with a stethoscope around the neck), the placebo effect amounts up to 30%.1,2 Studies to assess the placebo effect are difficult.3

When we assess the effect of a drug, it’s always against the placebo effect and not against ‘nothing’.

❝ ❝ Can you elaborate a bit – without naming the good stuff – what ‘traditional’ means in this context? Any studies demonstrating its efficacy & safety? Or ‘traditional’ like ‘It’s used for ages and obviously [sic] it works’.

❝ The medicine is a common prescription medications.