❝ Well, remember GVK ? According to the ANSM inspection report (document A3, page 3), …


Didn’t know that the documents are in the public domain in the meantime.

❝ … the whistleblower said that "the switch", as ElMaestro calls it, was done only for some sponsors, who paid the head of the bioanalytical lab to do it. The report does not mention any evidence being found to support this allegation, but that's indeed a possibility.


However, as I wrote above it’s a pretty trivial exercise for anybody to critically inspect the data. No need to buy a pig in a poke. 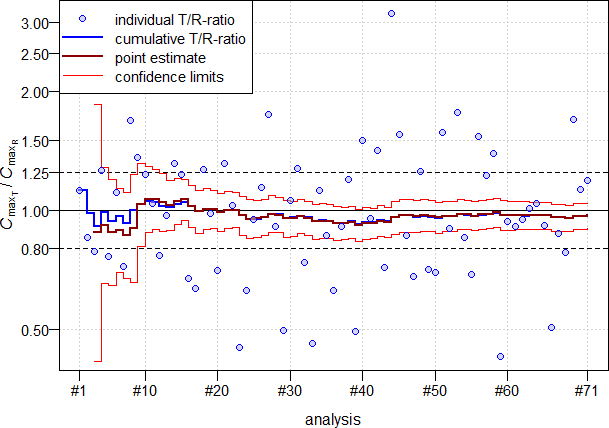 Possibly the statistician was fired by the man in the Armani suit shouting
»You’re a bloody looser‼ Why didn’t we perform the study in 16 subjects‽
I calculated post hoc power in FARTSSIE and it’s already 81.6%! What’s the point of having 99.4% at the end?«
(With a sigh, the statistician types cmd ⏎ rmdir "C:\Users\Genius" /s /q ⏎
and tries to become a regulator or an academic…)

❝ – if the sponsor selected the CRO precisely because it is doing "the switch" (be the decision to select that CRO or to make "the switch" made by the Man in the Penguin Armani Suit or by somebody not willing to bring bad news to this man), well...


Likely he receives annual gratifications cause all studies pass. If sumfink is uncovered, he moves to the next company.
Nowadays being employed by numerous companies is understood as sign of competence and ‘solution based flexibility’. Dinosaurs who stayed for decades in the same company are on their way to retire.
—
Dif-tor heh smusma 🖖🏼 Довге життя Україна!