I don’t understand what you mean by ‘practical obtained half life’. Do you mean the apparent terminal half life estimated from a lin/log-regression? Let’s explore the fasted study of Yan et al.: 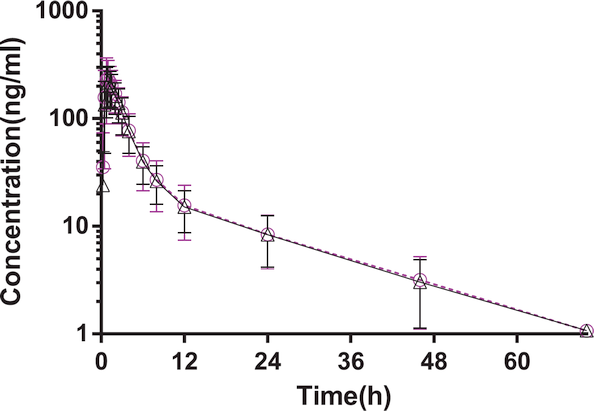 Here we see a straight line starting at 12 hours. Therefore, we can reliably estimate \(\small{\lambda_\textrm{z}}\).

❝ ❝ ❝ the drug was detected […] for only 24 hours in most of the volunteers.

it might well be that distribution was not complete ≤ 12 hours and hence, the estimated elimination contaminated. When I make a rough estimation from the concentrations in the figure between 8 and 24 hours, I get a half life of ~9.6 hours. Not exactly yours, but close. 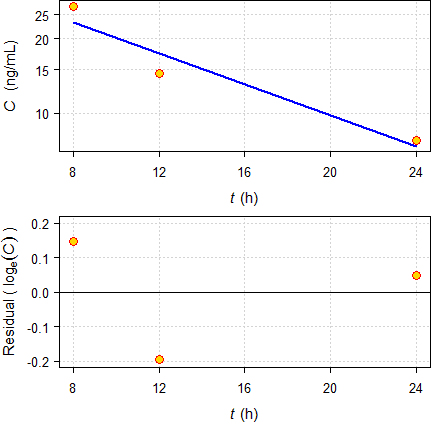 Of course, what ElMaestro wrote might be another explanation.

However, in BE we are interested in detecting potential differences in the absorption of formulations. Once absorption is complete,* anything else is a property of the drug and should not be a regulatory concern.

❝ and is this nature could affect the drug variability?


In BE we make the – rather strong – assumption that clearance is constant (background). If this is not the case (likely…), it will negatively affect the residual variability.
In a two-compartment system, we have three clearances: The total body clearance (associated with elimination) and two inter-compartment clearances (associated with distribution). If you are in church of volumes of distribution / rate-constants:$$\begin{matrix}
\overset{k_\textrm{a}}{\longrightarrow} & \boxed{V_1} & \overset{k_{12}}{\underset{k_{21}}{\rightleftharpoons}} & \;\;\boxed{V_2}\\
& \phantom{0}\downarrow \tiny{k_\textrm{e}} & &
\end{matrix}$$ In simple terms: We can expect that in a multicompartment system the between-occasion variability to be larger than in a one-compartment system.