another part. I love your attitudes of questioning the foundations of what we are doing. Proves that you are a true scientist.


Reach for the stars,
even if you have to stand on a cactus.   Susan Longacre

I know that, been there. But you do it barefooted. Kudos!

❝ Capical was invented in order to explore the shape of the peak more precisely. As far as I understood it was first mentioned in an article in 19885 […] If Capical is so promising parameter, why can't I find any trials with it in results (excepting [6] and a paper on controlled release gastroretentive dosage forms tested on dogs). Or my search methods are too poor? I would be grateful if anyone will give an example of it's calculation.


That’s the first reference I’m aware of as well. Never tried it.

❝ The concentration at the end of the intended dosing interval (Cτ) should serve as an analogue of Cmin with lack of multiple dose studies.

I found it in my bible2 (stop searching; in German and out of print for ages) and some later stuff.3,4 The Two Lászlós renamed it to HaVD to avoid confusion with highly variable drugs.
Enduring the discussions about PK metrics at the GBHI-workshops was like a flash-back after a bad LSD-trip. Stirring up murky waters which cleared more than thirty years ago.

❝ "Therapeutic response" ('Where it exists, consideration must be given to the "therapeutic window."')8. But aren't there limitations that could not afford to make a statement of any correlation between plasma concentrations and effect?


You are a keen thinker! Though Jerome was head of the FDA’s CDER at that time, he felt into the trap of confusing PK with PD.

PD is connected via a more or less complicated link model to PK. Ask a modeler for horror stories. One is sure: The time point of Emax is later than tmax and differences between formulations might be dampened in PD (though the variability of PD measurements can be awful). Ask ten physicians and eleven will tell you that safety is directly related to Cmax. Not that easy. Of course the same holds for Cmin (or Cτ if you prefer) which is not directly related to efficacy. Hence the bracketing approach of comparing MR with IR (see this post) is – from a purely scientific perspective – built on sand. Unfortunately for most drugs we have no clue about PK/PD. We have PK data from Phase I and PD data from Phase II. Quite often we have in Phase II only sparse sampling and the PK/PD models are not that good (pun!). 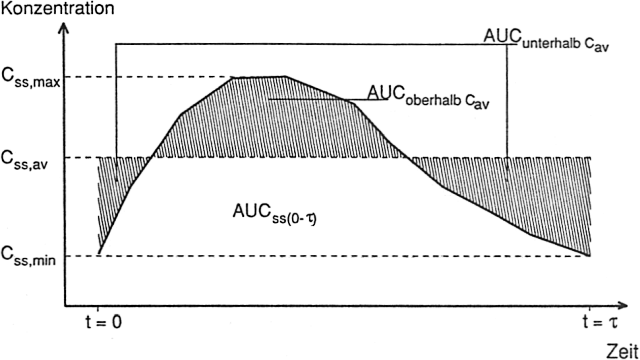 It goes back to a proposal of the late Harold Boxenbaum6 of the days when “the flatter, the better” was a common slogan. I liked Harold because he didn’t give a shit about dress codes (always showed up in jeans, leather jacketed, wearing cowboy boots and a Stetson) and had a sharp tongue.

Learning of many things
does not teach intelligence.    Heraclitus of Ephesus