❝ unless you assemble the motherboard yourself. 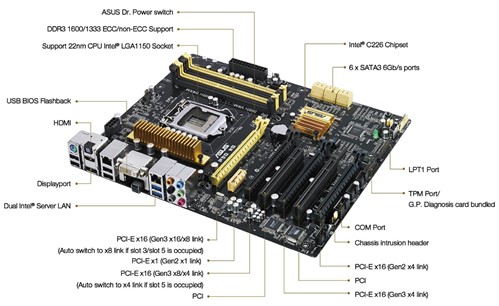 ❝ However, I heard Xeon is a great …


On the contrary and for a reason.

❝ Some people get Xeon from retired server machines. It is not so easy to find the motherboard from the market to fit Xeon right now. So it's a very special PC. Indeed.


It’s a workstation. All Xeons (for servers and workstations) have their desktop counterparts with the same architecture. For my Xeon it’s a Core i3. The main differences are: Generally larger L3-cache, require motherboards with other chip­sets than desktop systems supporting server-grade unbuffered ECC RAM, rated for continuous 100% CPU load.
Since I regularly run simulations 24/7 (for weeks) and a [email protected]-client, the last two points are important for me.
All this stuff is more expensive: Such mainboards are produced in much lower numbers, the EEC RAM is more complex, and last but not least the CPU itself.
Previously I had Dell workstations with double Xeons (i.e., before multi-cores were available) but the howling fans drove me crazy. Now I have a fan­less system (including the graphics card) with monstrous copper-coolers and double heatpipes. Weighs ~20 kg and came for 2,550 € in 2014 (2 × 256GB SSD, 4TB HD, GTX750 Ti, DVD writer, 430W PSU). The silence is deafening.

If you don’t like something change it;
if you can’t change it, change the way you think about it.    Mary Engelbreit