» » I’m pissed when I get a report without spaghetti plots.
»
» And you complain that overlaying two plots of means is too crowded

» I find spaghetti plots rather difficult to read with more than 30 subjects, or even less depending on what they look like...

You get used to it.

Our brains are great in pattern-recognition. Two examples (amoxicillin 1 g tablets, different tests but same reference in both studies) of Blume/Mutschler* 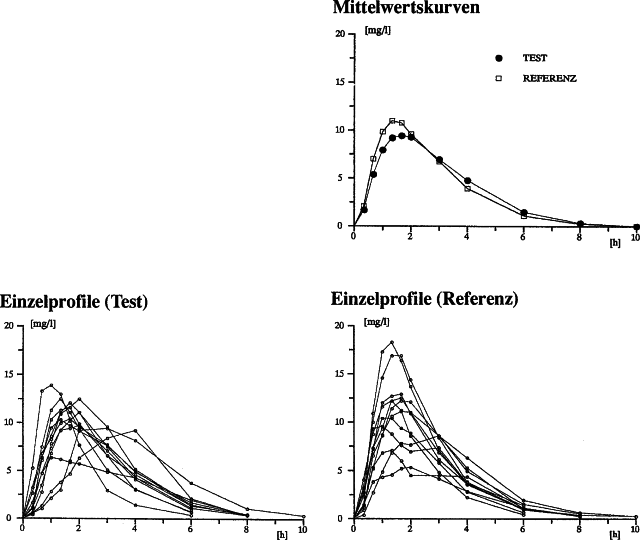 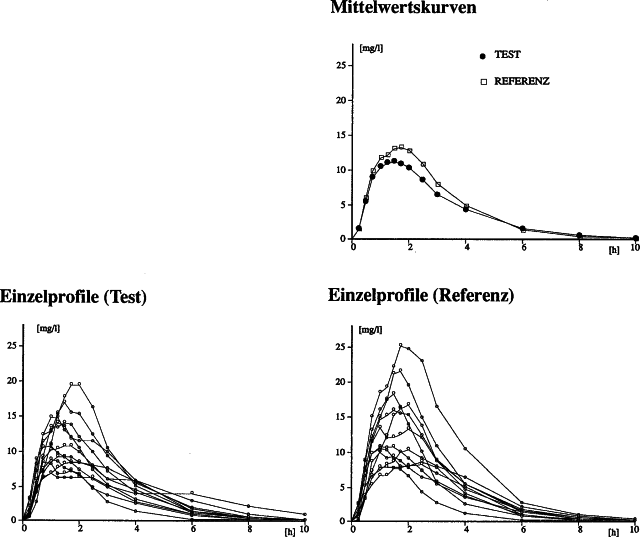 I would say:This loose leaf edition (~2,000 pages in 4 volumes, 1989–1996) was prepared for the ABDA („Bundesvereinigung Deutscher Apotherverbände” – Federal Union of German Associations of Pharmacists) to provide pharmacists a means to decide which generic to chose. Already in 1992 ⅓ of all German pharmacists completed a training on BE provided by the ZL (“Zentrallaboratorium Deutscher Apotheker” – Central Laboratory of German Pharmacists). Compare that to the FDA’s Orange Book…

To call the statistician after the experiment is done
may be no more than asking him to perform a postmortem examination:
he may be able to say what the experiment died of.    R.A. Fisher